Real-time detect and track 2D poses of multiple people at 30 fps on a single GPU. 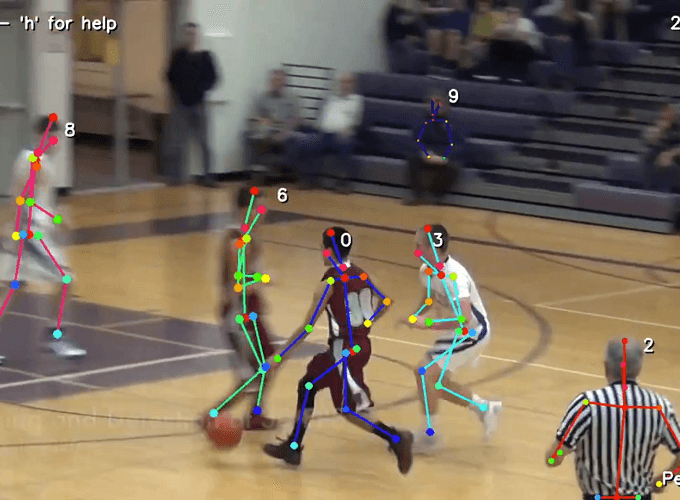 Real-time detect and track 2D poses of multiple people at 30 fps on a single GPU.

In this post, we will review a new paper named “Efficient Online Multi-Person 2D Pose Tracking with Recurrent Spatio-Temporal Affinity Fields” from CVPR 2019.

The authors present an online approach to efficiently and simultaneously detect and track 2D poses of multiple people at 30 fps on a single GPU.

According to the author, this is “current the fastest and the most accurate bottom-up approach that is runtime-invariant to the number of people in the scene and accuracy-invariant to input frame rate of camera.”

Some highlights of the paper:

Here are the results of the authors.

Human pose and tracking have received remarkable attention in the past few years. The recently introduced PoseTrack dataset is a large scale corpus of video data that enable the development of this problem in the computer vision community.

There are several other works on this problem. However, none of those methods are able to run in real-time as they are usually:

In this paper, the authors aim to build a truly online and real-time multi-person 2D pose estimator and tracker. The author work on videos in a recurrent manner to make the approach real-time. They leverage information from the previous frame by combining 1) keypoint heatmaps 2) Part Affinity Fields and 3) Spatio-Temporal Affinity Fields (STAF).

The authors extend the Part Affinity Fields in OpenPose from the CVPR 2017. The authors of this paper are also the author of OpenPose. Feel free to check our previous blog post on OpenPose.

The above figure is the overall pipeline of the Spatio-Temporal Affinity Fields (STAF) algorithm. The video frames are processed in a recurrent manner across time including:

Each frame is pass throughed the VGG backbone to extract the VGG features. This part doesn’t need previous frames information.

The PAFs and Keypoints heatmaps are very similar to the OpenPose approach, except that they will also use the information from the previous frame.

In the paper, there are three methods to compute the PAFs:

In their experiments, they found that:

We only discuss the Method 2 in this blog. For other methods, please check the original paper.

These TAFs are vector fields which indicate the direction in which each body joint is going to move from frame $I^{t-1}$ to frame $I^t$. TAFs are also introduced in the paper by Andreas Doering et.al.

In the following image, TAFs are represented as the blue arrow $R^t$.

Both the inferred PAFs and TAFs are sorted by their scores before inferring the complete poses and associating them across frames with unique ids.

Here are the steps: Going through each PAF in the sorted list:

Here is the detailed algorithm from the original paper:

There are three possible topology variants for STAFs.

The Topology A is the Keypoint TAF and lacks associative properties when a keypoint has minimal motion or when a new person appears.

In the paper experiments, the Topology C is under-performed compared to Topology B.

There are some limitations in this work:

This paper is open-sourced at the author repository: soulslicer/openpose.

This is a fork from OpenPose repository. In the near future, they will be merged and you can use it directly from OpenPose.